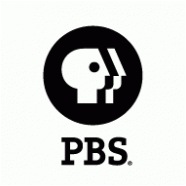 Applicants must be interested in the world of public media. Interns will work 30 hours per week on key projects and be actively involved in meaningful work. In addition, they will gain valuable experience and a global view of PBS by working collaboratively within their teams and across departments.

The Public Broadcasting Service (PBS) is a public broadcaster and television program distributor. They were founded in 1970 and are headquartered in Arlington, Virginia. PBS is an independently operated non-profit organization and is the most prominent provider of television programming to public television stations in the United States. Their programming includes BBC World News, Nova, Masterpiece, Antiques Roadshow, Frontline, Nature, and more.

The location is usually in VIRGINIA.